With IGCS acting as a science hub and meeting place for Indo-German research on sustainability topics, it has ignited joint projects and significantly enhanced cooperation between Indian and German research institutions. 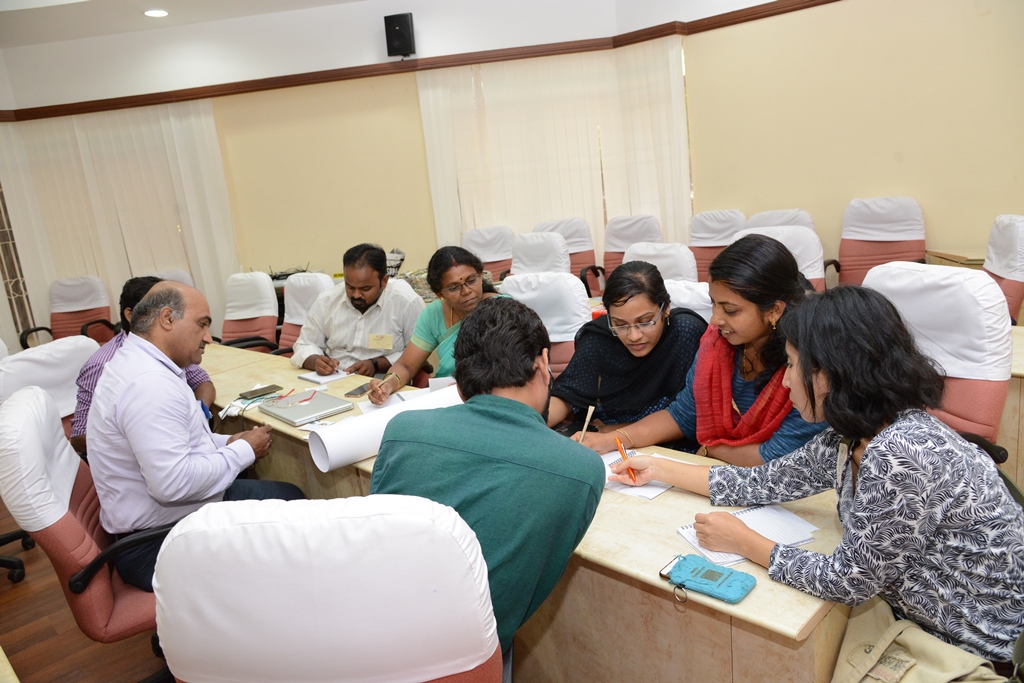 Research projects are one of IGCS’ supporting pillars and are reflected by numerous workshops, meetings and project proposals. Cooperation in research projects go beyond the IGCS partner universities and we regularly work together with various German and Indian institutions.

Engaging industry partners, governmental institutions as well as other organizations have supported IGCS financially, with human capital and other resources to create solutions to sustainability challenges over the years.

Amongst other funding organizations the Department for Science and Technology, Government of India, has been committed to support a series of projects over the years.

IGCS works in the four areas of water and waste management, energy as well as land use, urban and rural development. IGCS relates these topics to climate change and the changes and threats associated with it, such as sea-level rise, extreme weather and measures for coastal protection. It also considers forthcoming societal challenges and threats caused by population growth and mobility. The centre supports interdisciplinary research exchange and teaching and thus welcomes applications from candidates from various subjects.

IGCS is interested in the sustainable use and management of Energy. Energy is a field that is diverse and interdisciplinary in technology. The conversion and use of energy has vast impacts on environment and social development. IGCS also investigates the nexus between energy and the other focus areas in IGCS of water, waste and land use. In the past, projects have been undertaken to investigate use of biofuels in engines, solar thermal systems for sewage treatment. Not only fundamental scientific investigations, but the development of technologies and field trials are also of interest in this domain.

The water management area of the IGCS has a long experience in dealing with a high range of water issues that include fresh and seawater. IGCS seeks to understand sustainable management of coastal infrastructure and water resources in the context of climate change. The work involves climate dynamics, storm surge, inundation modelling, flood mitigation, sustainable urban drainage and integrated urban water management and effects of surface and sub-surface interaction on water. At a catchment scale, IGCS develops sustainable concepts for rural and urban river basins with an ecohydrological perspective. It includes finding the effect of multiple stressors, such as land-use change or rapid industrialization, on water quality and quantity and its effect on aquatic ecosystems.

At IGCS, the focus of sustainable Waste Management is on advancing the development of management strategies and technological processes, in the frame of transdisciplinary research that considers the circular economy, reuse approaches, recycling, energy recovery, socio-economic aspects, ecosystems / resource protection and climate change. Organic and inorganic waste are on focus, as both are of relevance in Indian cities and the global context. Research topics are the potential of organic wastes, waste separation, aerobic (composting) and anaerobic (biogas production) processes, thermochemical processes, and the valorization of products from these treatments. Research also includes assessing the impacts of plastic waste in coastal areas in urban regions, and management approaches to reduce, reuse and recycle plastic material. In addition to biochemical, microbiological and process-oriented questions, networking for integrated waste management with relevant stakeholders and IGCS areas on water, energy and land use plays an important role to design innovative solutions. Projects are implemented at various scales, from laboratory to technical scale, and to provide recommendations for decision-makers. Capacity building, exchanges, trainings and teaching at IIT Madras are dedicated to enhance human capital. An essential aspect is to deepen Indian-German scientific and academic cooperation and to intensify the link between theory and practice.

Land Use, Urban and Rural Development

Under the Land Use / Urban and Rural Development research area, IGCS’s focus is on urban expansion, with a particular emphasis on the peri-urban fringes of cities as well as functional urban-rural interdependencies. Researchers seek to understand the drivers behind expansion and growth, the role of institutions and policies and how they interact with urban, suburban and rural aspirations, the social, economic and environmental impacts of peri-urban growth and how these processes are governed. IGCS’ research methods range from statistical analyses and in-depth qualitative studies, to developing simulation based models of urban dynamics. IGCS seeks to be action-oriented in its research approach and our objective is to use our research insights to actively contribute to land-use planning, regional economic development, infrastructure and policy development for urban areas to support sustainability transition. The government, the private sector and civil society are seen as essential stakeholders and partners in our efforts. Most of IGCS’ efforts thus far have been centered around the city of Chennai in various projects such as
• Climate Change Adaptation and Resilience in peri-urban Chennai in the Study Area of Sriperumbudur: Sustainable Resources Management, Livelihoods and Governance (completed)
• Water as Leverage (completed)
• Peri-cene (ongoing)
• Indo-German Dialogue on Green Urban Practices

This highly interdisciplinary project investigated sustainability challenges in urban areas such as air quality, availability of water resources or the effects and treatment of waste water. The report Collaborative Pathways towards Sustainability covers the following projects: